Wade grew up in the Dallas area until attending Harding University shortly after he began attending and was baptized at the Kaufman Church of Christ in 1986.  Wade met his wife Leann at Harding and they were married on May 11, 1991, the same day Wade graduated.  They moved to Houston three days later and attended the Memorial Church of Christ until their first overseas assignment in the United Kingdom.

Upon returning to the U.S. they attended the West Houston church until 2003 when they came to Cinco Ranch.  They spent two years overseas again in Dubai, UAE, where they hosted and helped begin the Fellowship of the Emirates until returning to Cinco Ranch in 2007.

Wade and Leann have been active members throughout their time at Cinco, serving on the praise team, teaching, hosting Life Groups, leading the Men’s Ministry, and attending Mission trips.  Leann has served in the Children’s Ministry and was part of the Little Ranch Pre-school team for several years, and currently serves as regular volunteer at Katy Christian Ministries.  They have two children, Robert (Mac) age 24, and Katie Katherine, age 21.

Wade became a shepherd in 2018 and is the resource shepherd for the Worship and Men’s Ministry. 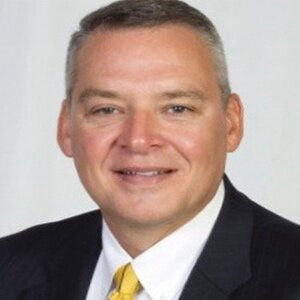